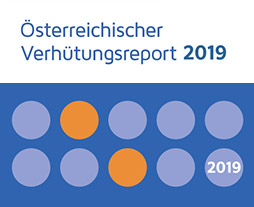 The causes of unwanted pregnancy

A woman is fertile for about 35 years of her life. This is a very long time, during which occasionally a contraceptive accident occurs and the woman becomes pregnant unintentionally. Although almost all women in this situation would like to have (another) child in principle, they decide to abort, to have an abortion, because of their current circumstances in life or with their partner. The reason for this is mature consideration and the realization that due to the current life situation, or the complex or missing relationship with a partner, they cannot take on the responsibility for a (further) child at the moment. So it is a decision centered on the welfare of a possible future child.

And women who decide to abort usually know very well what is at stake. More than half of them already have one or more children and make the decision to abort based on their concrete experience of life with child(ren).

An abortion is not an isolated incident

During the many years of fertility, women quite often become pregnant unintentionally or wish to terminate an originally intended pregnancy. These situations are not rare exceptions; on the contrary, surgical abortion is the most common surgical procedure in gynecology/obstetrics.

The World Health Organization (WHO) summarizes the situation as follows: "Of the 208 million pregnancies that occur worldwide each year, about 42 million are terminated by abortion (20%). Thus, the vast majority of women in the world are likely to have at least one abortion in their lifetime. An estimated 20 million, or nearly half, of all abortions are performed in an unsafe manner, resulting in a high number of serious complications: about 5 million hospitalizations and about 70,000 deaths worldwide.
The number of abortions is declining sharply wherever effective contraceptive methods are available and widely used" (WHO 2003; Guttmacher 2009).

How does an unwanted pregnancy occur?